I am working with solar loads and getting peak irradiance on windows for shading systems. Now I have found that the version 1.3.0 of the Annual Irradiance component for Honeybee gives out double the values compared to before. I have looked at both reading the peak irradiance directly and post-processing the results from the .ill files. It seems like running the component gives out double the values at some point. The results show over 1600 W/m² with a Stockholm weatherfile, where it should be around 800 W/m². Can this be looked in to? 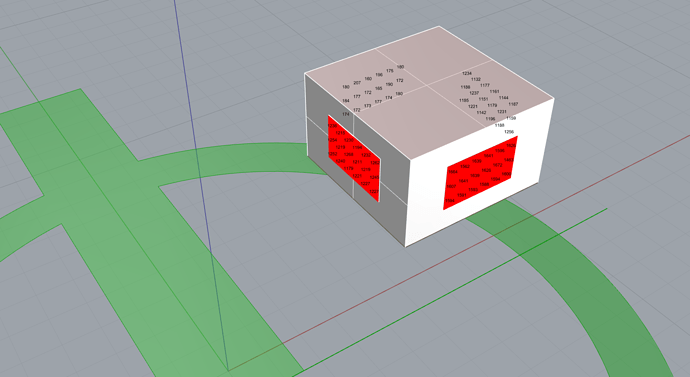 Hi @AntonH, Welcome to the forum!

Can you point us to the weather file that you are using? Also can share a sample file to recreate the issue?

Thanks for the reply. I am using the weatherfile directly downloaded from energyplus (Stockholm Arlanda). I have included a sample GH file which replicates the results as per the screenshot.

What’s also strange is the inconsistency of the grid values. I would assume that the solar radiation would be homogenous for an unobstructed window.

Thank you very much for bringing this to our attention, @AntonH . This was a pretty major bug that was causing us to count the direct contribution of sun twice. I just pushed a fix to the development version of the plugins for this:

This was causing all matrices to be added together.

You should be able to get it on your end with the LB Versioner within the hour.

This is a large enough bug that I think we may move up the release of LBT Grasshopper 1.4 so that more people can access it sooner. Thank you, again, for bringing it to our attention.

I have now updated LB through the versioner, and checking the sample file, it seems that the inconsistency between the gridpoints on the unobstructed windows is still an issue. The east window seems most consistent with a differentiation between 613 and 622 W/m². But on the south there is a difference between 762 and 928 W/m². On the west it differs between 612 and 717 W/m² and towards north there is a difference between 114 and 135 W/m².

*Edit: Can it maybe have to do with the ambient parameters that I use? I have redone the calculation several times now by only toggling the simulation off and on again. Each time the results come back differently (for example, on the south facing window, the peak ranging between 794, 857, 928 W/m²), this is for all orientations similar, except for the east facing window. 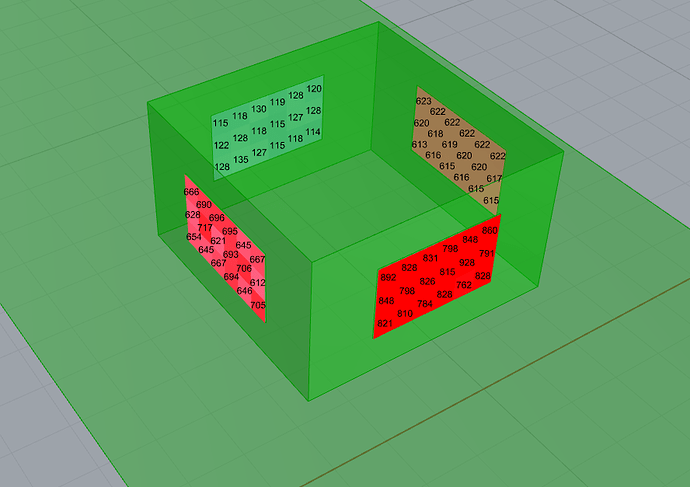 Can it maybe have to do with the ambient parameters that I use?

This is a likely reason. The Annual Irradiance recipe uses rcontrib, and as a general rule of thumb one must set lw = 1/ad or lower than that. The panel of parameters you have shows, by the rule of thumb, that 1/2048 = 0.000488 but you have used lw = 0.004. You can try make this change first, and if you want more consistent results, you can increase ad (and lw = 1/ad).

You can also use the HB Radiance Parameter component. This one will give you a lw lower than 1/ad.

I have been playing around with the ambient parameters since I posted, and it seems indeed to increase the consistency a lot when using higher -ad and lower -lw.