Hi,
I’ve found that when showing UValue and UFactor attributes of windows in the ColorFaceAttr component the UValue shows exagerated and non-logical results (156.49), like this: 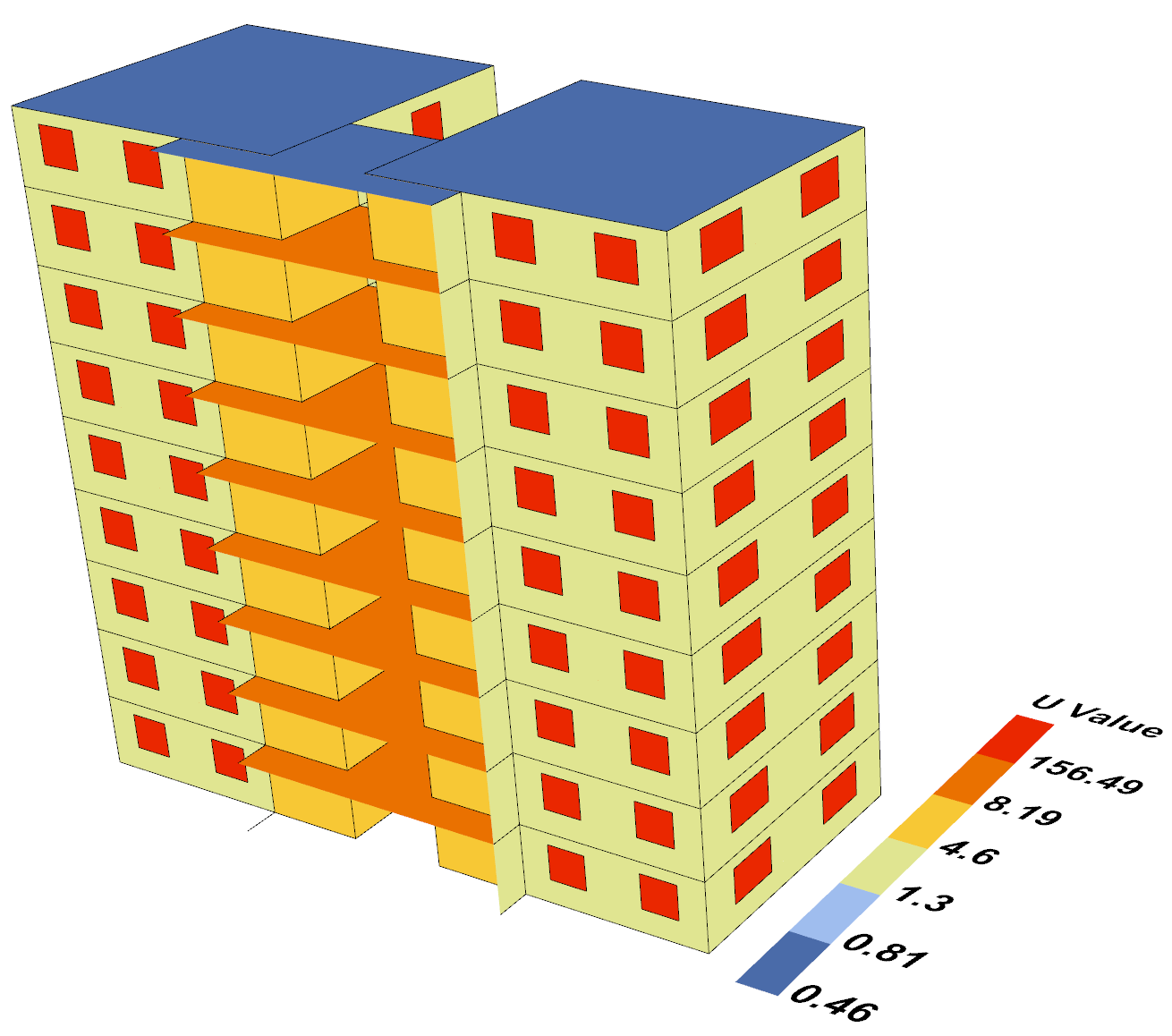 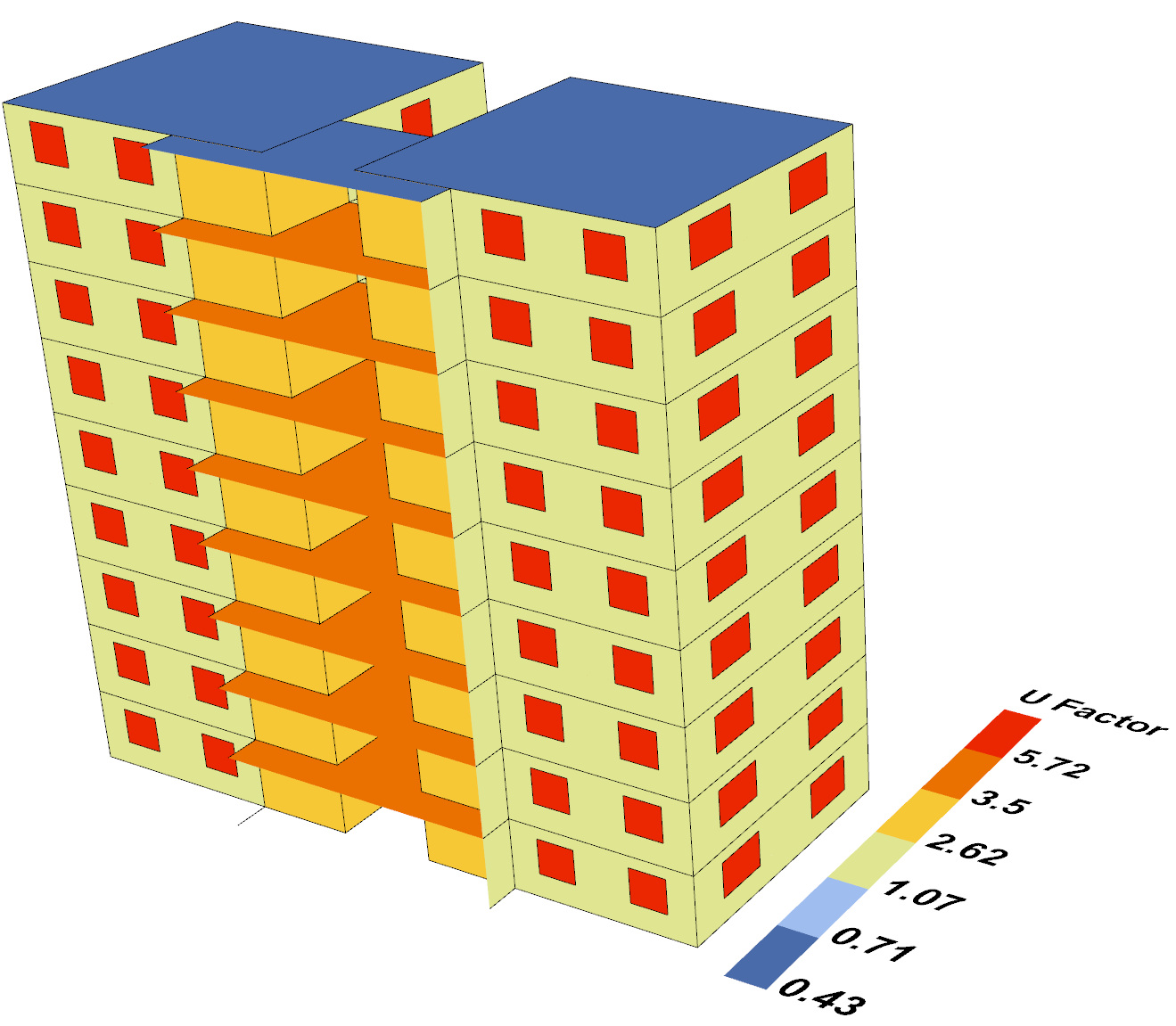 This appears to be a single pane window construction and, in this case, these values seem reasonable to me. Almost all of the thermal resistance of a single pane construction comes from the air films on either side and the glass itself is comparatively very conductive. So it makes sense that the U-factor with air films is a lot lower than the U-value without air films. Is there anything else that I am missing?

Hi @chris,
The difference between with/without air films are in an “order of magnitude” that i’m suspicious of (156 vs 5.7). I agree that there should be a difference but not one of 30 times more.

Now, trying to “reverse engineering” my definitions, i’ve found that:

Glad that it makes sense, @AbrahamYezioro . I would have found it confusing too had I not remembered back to a problem that a professor once gave to a class I was in:

You’ve been approached by a salesperson who wants to sell you a replacement for your old single pane windows. He tells you the new windows are still single pane with the same thickness as your old windows but they are made of plastic, which has a conductivity and U-Value that is 1/5th that of glass. Do you buy their product?

While we were all tempted in the class to say, “yes, lower U-Value is better” you realize that it doesn’t really change the overall U-factor of the system once you account for the air films because glass and plastic are both so much more conductive than air. To really make it worthwhile you’d need a material that’s ~1/30th the conductivity of glass (as you calculated), which you’d really only find if the new windows were double pane (or perhaps made of aerogel or something crazy like that).

Anyway, that little story stuck with me for some reason, even though it’s 10 years later now. I guess it still comes in handy here and there.