I’m getting a “1. The Calculation has been terminated by the user!” error when running a Microclimate Map Analysis associated with PMV and Adaptive Comfort analysis. 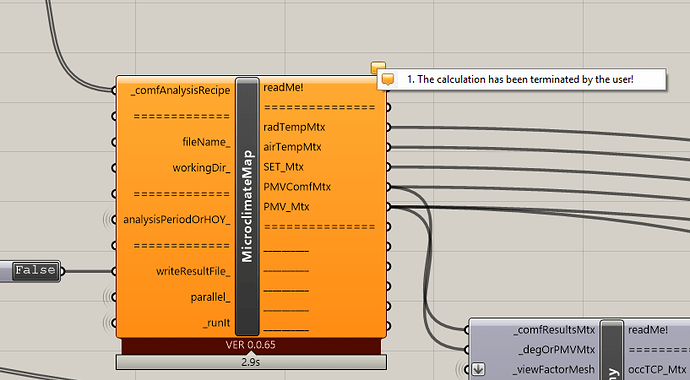 I’ve tried some different combinations that result in NO errors and i’ve come to the conclusion that the error is geometry based, however there are no additional comments in the readMe! output. 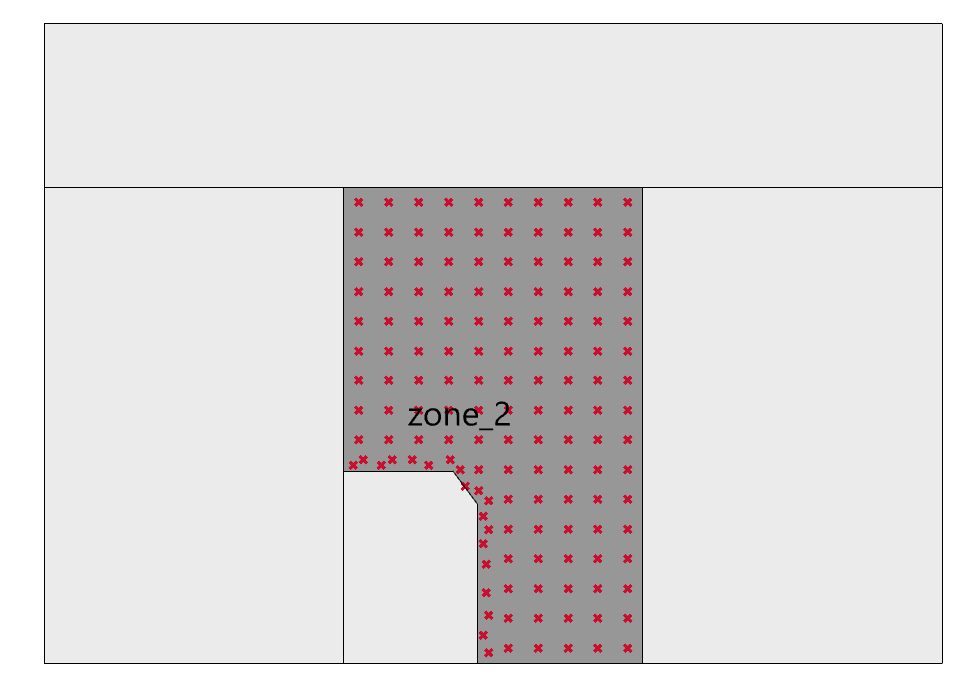 This is the visualization of the test points generated by the ViewFactor for the space that produces the error. Does the Microclimate Map not like the non-orthogonal lines, or does it not like the fact that some test points “can’t see” all the surfaces in the zone or the sky?? (such as the test point in the left corner, which can’t see that south wall or sky, whereas other points in the room can?)

just curious if anyone has seen this before and had it be geometry based? @chris?

some additional details…no error is produced if i run the two zones at the same time (not as 1 zone, still as 2 separate zones)…however instead of 2 view factor meshes being created, 3 are created despite only 2 zones. Zone 4 will not run independently, nor will Zone 2 as described above. 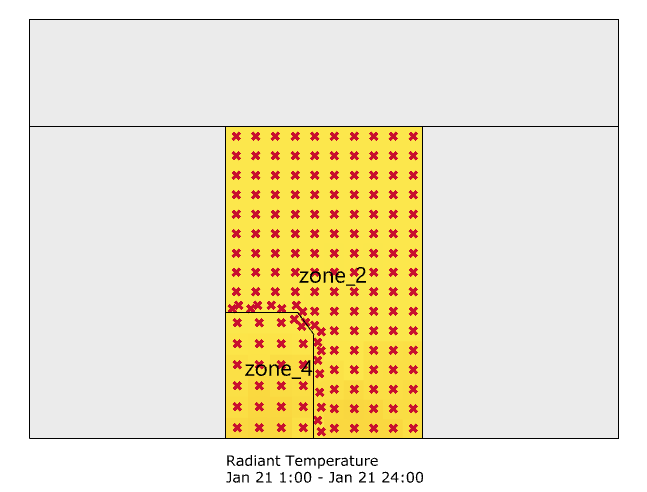 I know there are many threads on creating a more uniform test points grid…if I did that and didn’t use the ViewFactorMesh output, would I still use the ViewFactorInfo output?? that output appears to be a self-contained python code and I don’t know how I would re-create that?