Hey, I have a question how to solve adjacencies in a situation show below. The room on the left connects with 3 other spaces, two of which is interior bearing wall and the third is airwall. I tried to do it as Chris have done in video tutorial but the main difference - and problem when I try to do this in honeybee - is that I get yellow bubble saying that the left zone is duplicated. The way I do this is first I make airwall between left room and the corridor and then I connect it to another component with already solved adjacencies for all interior walls, setting then as, well, interior walls, but it doesn’t seems to work. 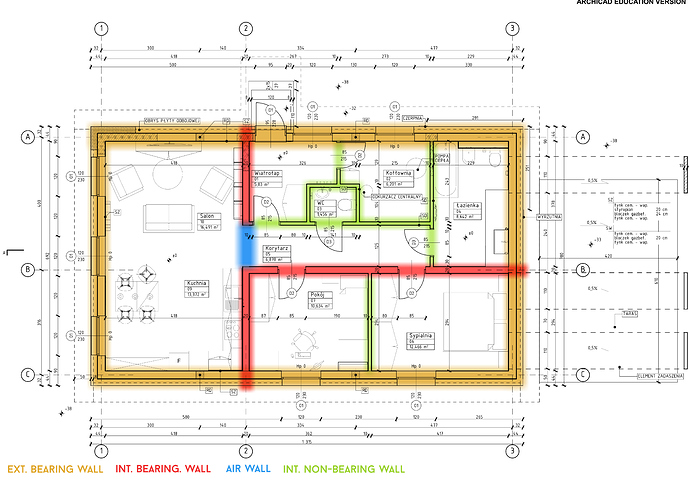 @Avik,
See this example. I assume is self explanatory, but if you feel that more detailed explanations are in order, post the questions.
-A.
09_JustGeometry_AirWalls.gh (539.4 KB)

Yeah… It’s easier and harder at the same time. You see, as in the picture below, I’ve got each mass as different object. The only question that remains by my side, and after which I guess the thread will be solved - do I have to explode each of this 4 masses, which makes roughly 18 walls, describe them individually using [createHBSrfs], then merge them using [createHBzones] and then merge those 4 zones with the other 4 zones that were previosly solved with one component? This is the easiest way? 'Cause it seems like a lot for something so simple or common. I haven’t seen a building without something like a hall and that would mean that exploding zone like this would be necessary to get reliable data out of the simulation.

The other option i see is building the zone, from the beginning as surfaces. Then you can define the proper surface type as air wall. It’s still a bit cumbersome but i don’t see any other “quicker” option.
-A.

Ok, that’s all I wanted to know.

Thank you very much! After all, my problem is solved.

@Avik rest assured, this is still 1000 times easier then trying to define adjacency in EnergyPlus

I have a similar question - how to properly model the zones “touching” to each other with no wall - just the air flowing freely.
Should I use the “Air Wall” from the EP Material Library as a EPConstruction for this surface?
It looks like “Air Material” has some parameters… 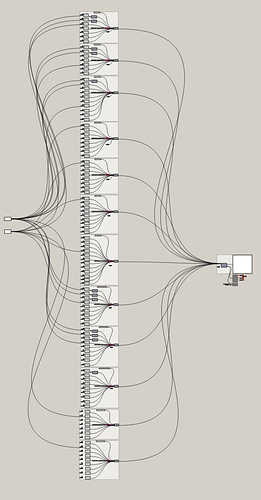