I’m often find myself reviewing the included LBT bldg constructions and programs with our energy modelers, and we usually spend a lot of time converting each of these outputs to IP units manually. I recognize there’s a LB Convert units, but ideally we could do this en masse…

Is it possible to get a “Units” toggle on the HB deconstruct components?
(Or maybe there’s already a way to do this that i’m unaware of) 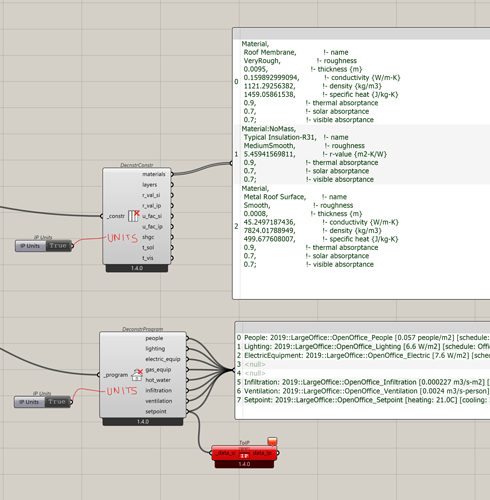 I mean for deconstruct constr there already is conversion: 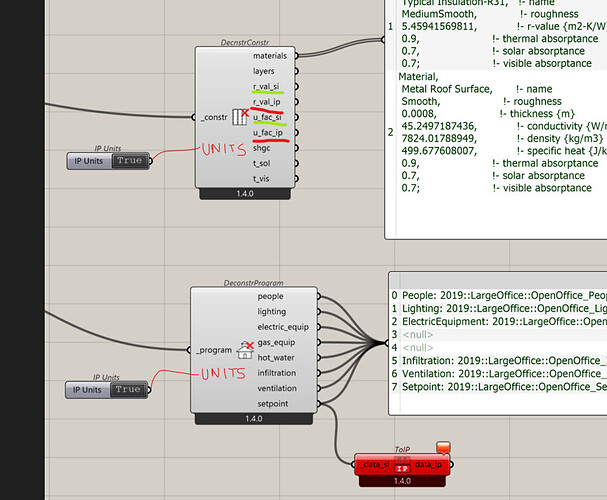 as for the other:
if you can upload a sample GH file I can add to; and re-upload some various means of accomplishing the conversion of both!

If this is really as big pain point for you, I might suggest building your Honeybee models with the Pollination Rhino plugin and then bringing them into Grasshopper for simulation or post-processing:

@MingboPeng did a really good job with adding a global switch to change the entire Pollination Rhino plugin over to IP units (including all of the plugin’s UIs): 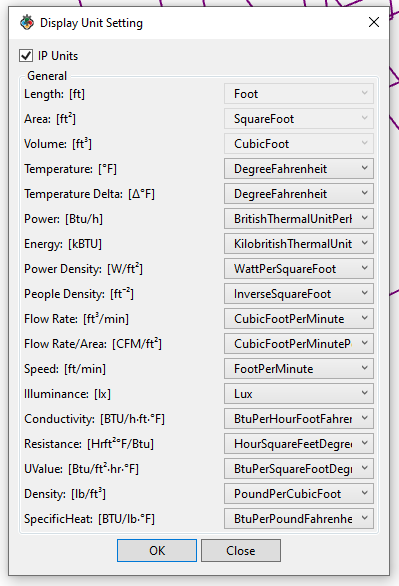 Of course, I know that the Pollination Rhino plugin is paid but ease of unit conversion is one of those things that really more about convenience and so I don’t think it’s unreasonable to ask people to do unit conversion explicitly when they are scripting with Ladybug Tools in Grasshopper/Python and “flying close” to the native SI format of EnergyPlus.

FYI, that LB To IP component is only intended to perform unit conversions on Data collection objects. To convert a single number or list of numbers to a specific unit, you should use the LB Unit Converter component.