We are excited to announce a special 10th anniversary release of Ladybug Tools (LBT) for Grasshopper (version 1.6.0)! It was just 10 years ago that @mostapha released the very first version of Ladybug and we’re happy to mark the occasion with a stable release. Thanks to all of you who have helped make this community and this software what it is!

If you’re installing on Windows, you can get the new release by downloading and running the FREE SINGLE-CLICK INSTALLER. All that you have to do is create an account on our Pollination platform and you can download the free Pollination Grasshopper installer, which comes complete with a copy of the latest version of Ladybug Tools. It also includes a compatible copy of Radiance and OpenStudio, which are installed in a manner so that they won’t interfere with other versions of these engines that you may have on your system.

Note that we also sell a Rhino plugin as part of the Pollination CAD suite, which also includes all of the LBT 1.6 Grasshopper components and compatible version of the simulation engines. The Rhino plugin is fully integrated with Ladybug Tools and adds many new capabilities that streamline the process of creating, editing, sharing, saving, and QA/QC’ing Honeybee models. You can see some of these capabilities in action in the recording from our Pollination Rhino Workshop at AECTech: 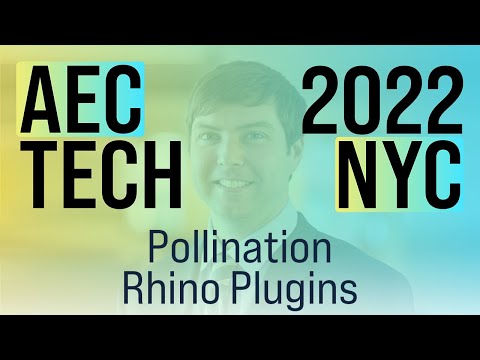 So we recommend testing the free trial of the Rhino plugin if you have not already done so, particularly if you spend a lot of time creating your Honeybee models and want to make your workflow faster and easier.

We’d also like to highlight that we sell a Revit plugin as part of the Pollination CAD suite, which can be installed independently of the Pollination Rhino plugin and the Ladybug Tools Grasshopper plugin but is nevertheless fully integrated with them. The Pollination Revit plugin provides the most streamlined workflow for extracting Honeybee models from Revit and is arguably the only software that can produce a clean, simulate-able energy model geometry directly from a design-document Revit model. Given the years of testing and expertise that have been embedded in the plugin’s geometry extraction process, the Pollination Revit plugin is far more robust and reliable than any solution using RhinoInside scripts and it signifies the ultimate answer of how to avoid retracing geometry to construct energy and Radiance models from Revit. You can see the plugin’s workflows and get a sense of its time-saving features by watching the recording from our Pollination Revit Workshop at AECTech: 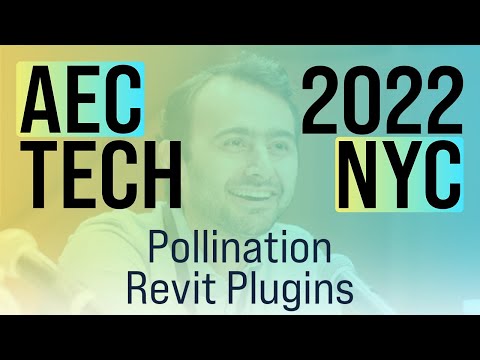 Now onto the exciting part of all the new features included in version 1.6!

Visualization Sets and High-Quality Graphics - With this 10th anniversary release, we are happy to announce a new type of object that impacts almost all of the visualizations across the plugin. It’s called the Visualization Set and, unlike the native Grasshopper geometries that are output by the Ladybug Tools components, the VisualizationSet taps directly into the Rhino DisplayPipeline. This means that it can make use of a lot of features that native Grasshopper geometry lacks like line weights/types, colors/transparency, and screen-oriented legends that stay in one place while you move around the scene (like a head-up display). To give an example of the new capabilities, you can see a comparison of how the Sunpath displays by default in Grasshopper: 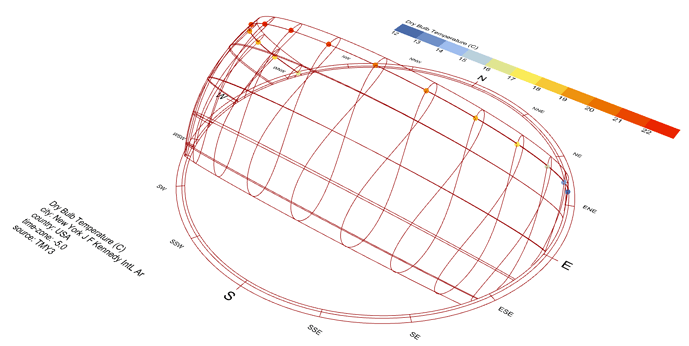 And this is what the VisualizationSet of the Sunpath looks like with some 2D screen-oriented legend parameters: 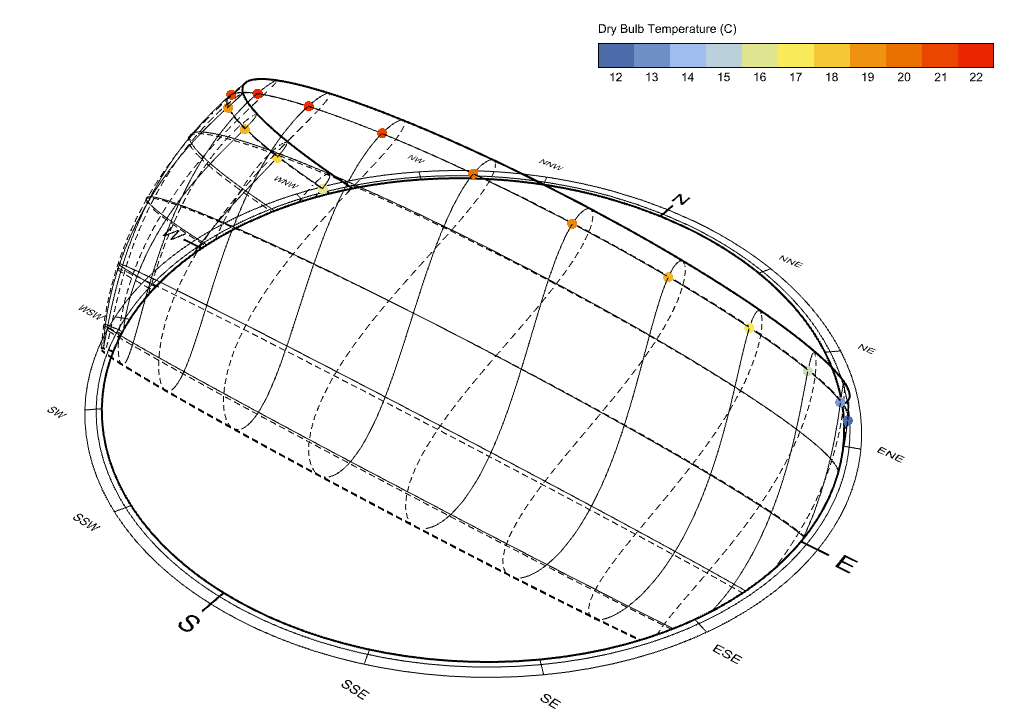 In case it wasn’t clear from the static image, that legend stays where it is while you find the perfect angle for your screenshot:

More examples of Visualization Sets can be seen below 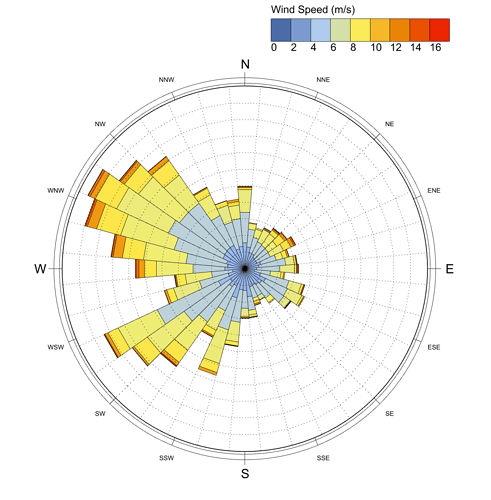 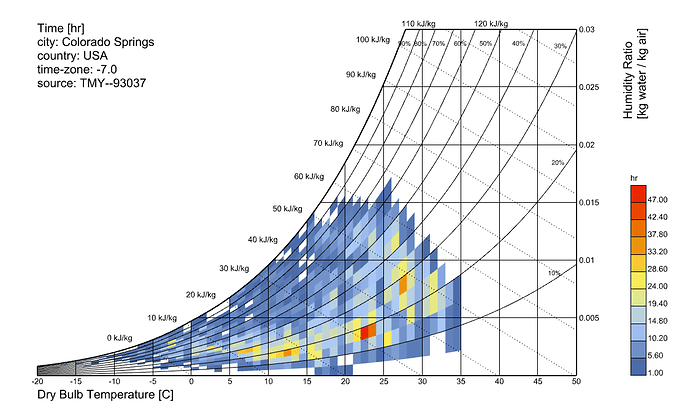 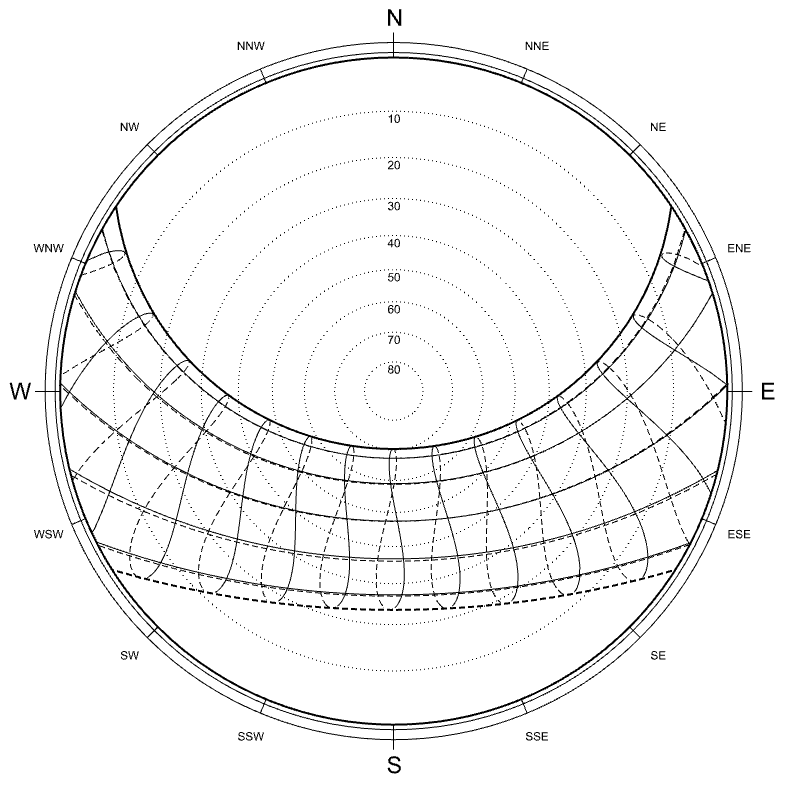 Radiation Graphics, Including Radiation Benefit - We’re happy to announce that your favorite radiation graphics from Legacy Ladybug have finally made it to the LBT plugin in a new and improved format. The graphics include the Sky Dome, the Radiation Rose, and the Radiation Dome (formerly the cala-lilly). The redesign included making radiation benefit studies a “first class citizen” without the need to manually subtract one sky from the other. Now, the LB Benefit Sky Matrix can create a sky where solar energy is positive or negative depending on the temperature data of an EPW in relation to a balanced temperature. Altogether, the radiation graphics can be used for several purposes such as:

Wind Profile - Back by popular demand, the LBT 1.6 release includes a Wind Profile component, which helps understand how wind speed changes as one leaves the ground. 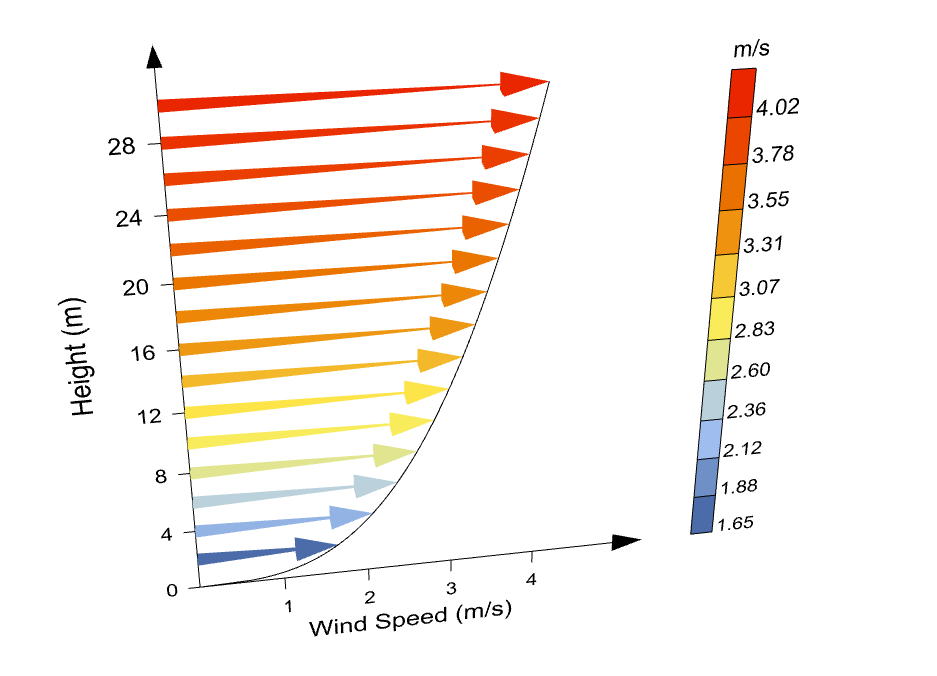 Physiological Equivalent Temperature (PET) - LBT 1.6 includes a new LB PET Comfort component to compute Physiological Equivalent Temperature using an improved model with several improvements compared to Legacy. A great deal of thanks is due to @djordje, who provided the original implementation of the model working from Peter Hoeppe’s Fortran code. Many thanks are also due to Edouard Walther and Quentin Goestchel, who corrected the reference environment used in the model and added an improved vapor transfer model. 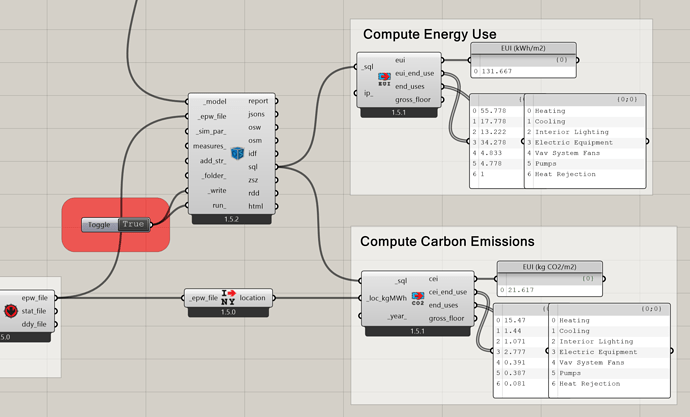 The component comes with built-in electric grid intensity for the US, meaning that all that’s needed to compute carbon emissions for a simulation in the US is to connect the location. When simulating outside of the US, the component can still be used as long as the carbon intensity of electricity in the location is known.

Frames for Window Constructions - For some time now, window frame specifications have been a missing feature needed to properly represent multi-layered window constructions. In buildings with aluminum frames, they often account for the majority of conductive heat loss/gain across the envelope, even when thermal breaks are used. For this reason, we are very happy to say that the latest plugin includes a HB Window Frame component that makes it possible to assign frames to window constructions in energy simulations.

Other-Side-Temperature Boundary Conditions - LBT 1.6 includes a new HB Other Side Temperature component, which can be plugged into the _bc_ input of any Honeybee Face. This can be used to set a constant temperature on the other side of the Face, which is useful for modeling adjoining spaces, which are at different setpoints from the Room, including walk-in freezers and storage spaces.

New Reference Network Model (RNM) Workflows - The previous release of Dragonfly included workflows to simulate power flow through electrical infrastructure serving the buildings of an urban district. However, setting up these electrical network models requires a lot of time and expertise. For this reason, we are happy to report that Dragonfly now has support for Reference Network Models (RNM), which can auto-generate an electrical infrastructure grid given the electrical loads of buildings from energy simulation and the street network of the district. 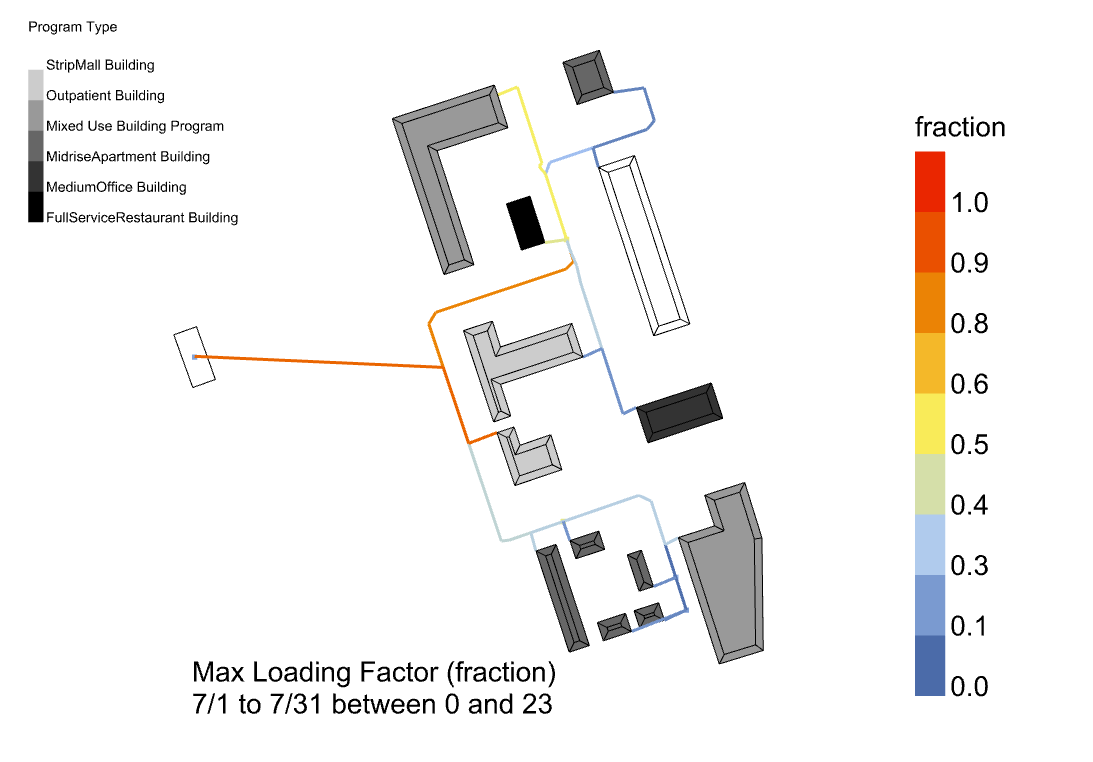 Thanks @chris, @mostapha and the high class LBT team.
Those are wonderful news and a great gift for this 10th anniversary.
Wish you to keep being successful this coming year. Your success is our success.
Cheers and THANK YOU!
-A.

Awesome update, I can’t wait to test the window frames and new radiation matrices. And as Abraham has said, I hope to see more success - congratulations and thanks!

That’s so cool！
@chris, @mostapha, thank you all for 10 years of dedication, great update, looking forward to the next 10 years even more exciting!
Cheers!

Oh how I have missed those Radiation components! thanks a lot for this awesome update!

Massive thanks, you make such a difference.

Happy 10th year anniversary! Congrats and many thanks!

Thank you for the hard work, we are very grateful to you.

Amazing update and great work all over the years! Thank you LBT team!

Can’t believe it’s been 10 years already. What a journey!
waiting to see what amazing things the next 10 years will bring

What a gift!
Happy 10th anniversary to this trailblazing tool and community!