@MingboPeng My office upgraded my system and restored it from a backup, how ever sometimes when this happens I need to re-install some software and components for Ladybug and Honeybee. One item that became an issue was the installation of Ironbug. I get an error shown in the attachment when loading and I see two ladybug Image viewer icons instead of the one being overwritten. The latter may not be an issue, however I could not find a way to remove Ironbug to re-install so I therfore tried to re-install from a new zip as well with no success

Could you explain how to remove Ironbug to create a fresh install? 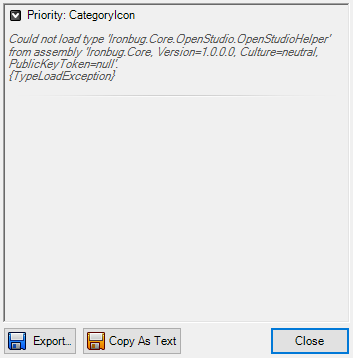 All Ironbug files are in C:\Ironbug, so you can just simply remove the entire C:\Ironbug folder, before the fresh install.
Meanwhile, please download the most updated version from:https://github.com/MingboPeng/Ironbug/releases

Let me know if this works,
Thanks
-Mingbo