We started using Grasshopper and Ladybug in the architecture office where I work and we encountered an issue when doing a Sunlight Hours analysis. We tried to do sunlight hours analysis in four different times of the year (21 March, 21 June, 21 September, 21 December).
In the results we get, two things do not really work

I attach screenshots of the four seasons and the script, let me know if you need the files itself.
Sorry in advance since we are beginners so there might be some mistakes. 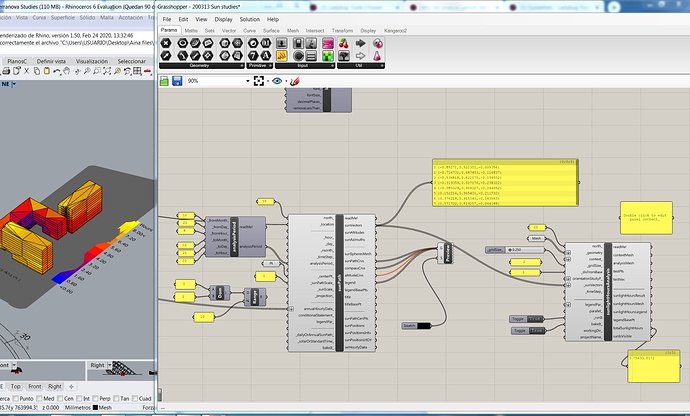 Use the legendPar componet and set the low/high bounds inputs as you need.
-A.

Thanks for your reply AbrahamYezioro,

I can´t figure out how to do that though. I attach a screenshot, lower and higher numbers are set to 0 and 10. Maybe this is not what you meant? 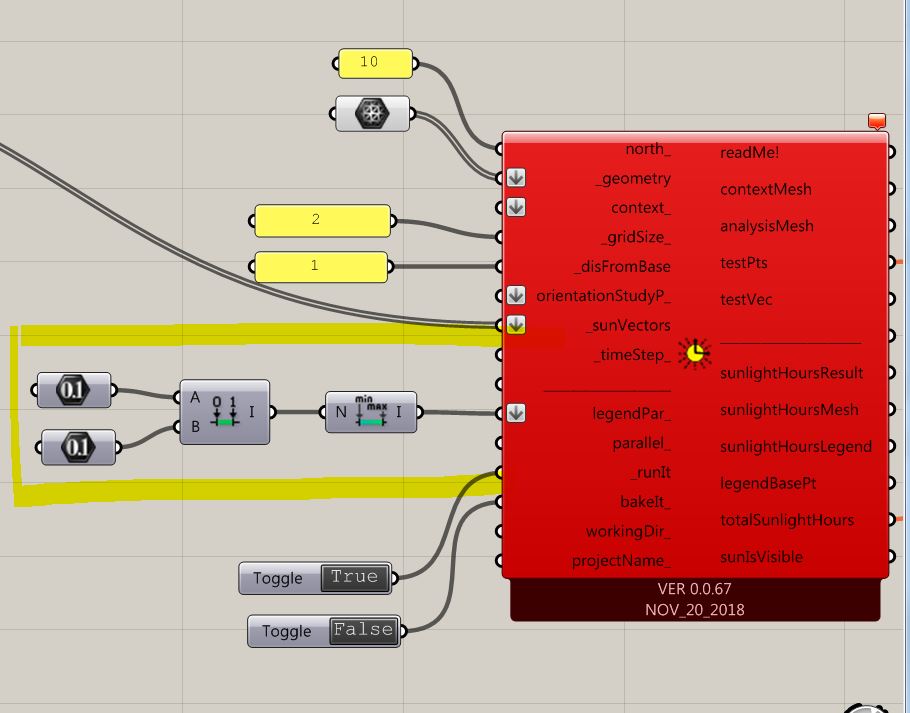 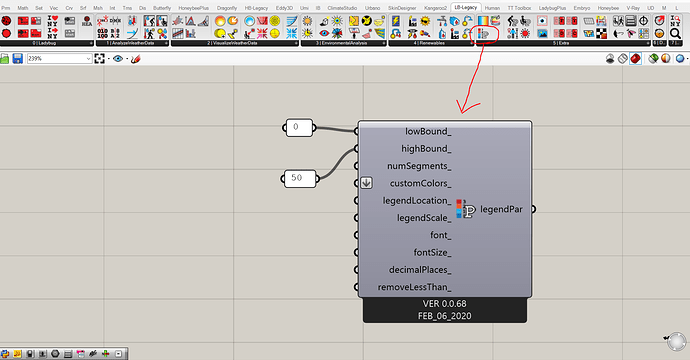