I don’t know why, but I’m facing the following error on the Run Radiance component in Honeybee + 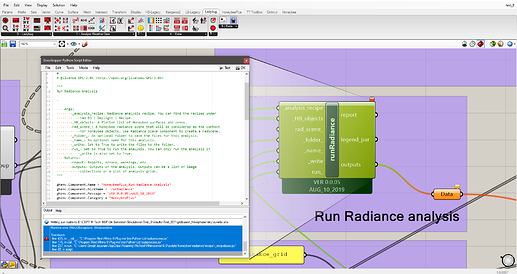 @sreejithjayaram93 Above info is less to understand what’s the error. Please share the Gh script for better understanding.

sorry… usually I do include my files.

@sreejithjayaram93 It worked fine on my end. Have you tried updating the + library? 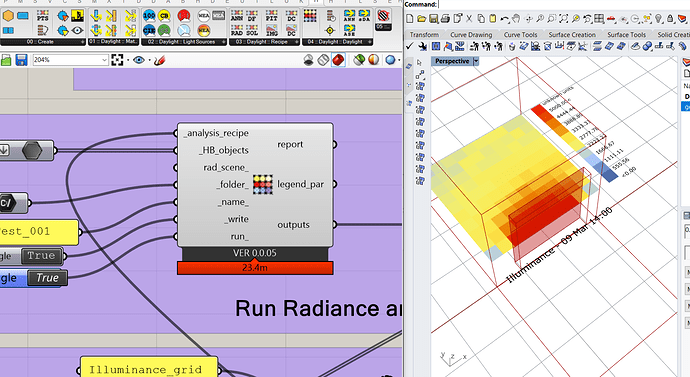 @sreejithjayaram93 I saw your using radiance 5.2.1. Try updating radiance to 5.2.2 from here

I tried updating Radiance by downloading the asset from under the radiance 5.2.2, uninstalled the older version, installed the newer version, copied falsecolor2.exe. Still the Version seems to be 5.2.1. and of course the the same error appears.
I connected the honeybee fly panel to a panel and it seems to be working fine. Not sure what I’m doing wrong here.

I wonder if this is a permissions issue. Can you try both of these things and see if you are still getting the error?

I tried what you told me… Moved it to the desktop opened the files as administrator. But I get the same error.
Runtime error (Win32Exception): WindowsError

This is the error I recieve.

Does your folder path still have spaces in it? In the screenshot that you posted initially, there are
spaces in the folder path(“04 Semester”).

The spaces were present previously when the project was in the E: Drive.
The issue persists when it was copied to the desktop (maybe because I have a space in my username).

Okay, So I was able to fix the issue. So, I copied the file to my C: Drive and then to the properties of the Rhino File and there was an option which said Unblock in the attributes section of the file. After which I re-launched Rhino+GH.

Thanks Sarith for your help!

Hi!
I am having this same error but with HB 1.1
I followed the steps in this post but still doesn’t work.

Do you have any idea? 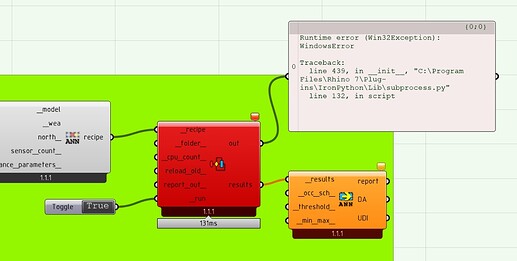 hey there!
could you find the solution? i have the exact same problem