It is with great pleasure on this eve of new years that we announce the latest release of Ladybug and Honeybee [Legacy Plugins]!

This is a fairly light release since, as we mentioned previously, we have frozen the adding of new features to the legacy plugins in order to focus efforts on the Python packages and the [+] plugins, both of which will have an official release Spring 2020. If all goes according to plan, this spring release of the [+] plugins should be robust enough to start replacing many of the legacy workflows, making this among the last releases of the legacy plugins. In the meantime, we have several minor bug fixes, upgrades for compatibility with new versions of simulation engines, and a couple of new features that were contributed over this past year.

Perhaps more exciting for our patrons is that we finally finished editing the 40 hours of footage we captured from our last international workshop that we taught a little over a year ago. All of our patrons at the supporter level ($25/month) can now access all 40 hours of of these tutorial videos through the “Membership Login” buttons on our website.

For those code-savvy contributors, we have an update for you: we have officially moved the code base of the legacy plugins to be under the Ladybug Tools github organization, which is where all of our official Ladybug Tools Python libraries and plugins will live from here onward into the future.

And, as always, you can download the new release of the legacy plugins from Food4Rhino. Make sure to remove the older version of Ladybug and Honeybee before you do so and update your scripts. On to the updates!

The only new feature request we have for ladybug legacy is a new _context input for the solar envelope component, which allows you discount sun positions in the creation of a solar envelope that are already blocked by existing context shade. 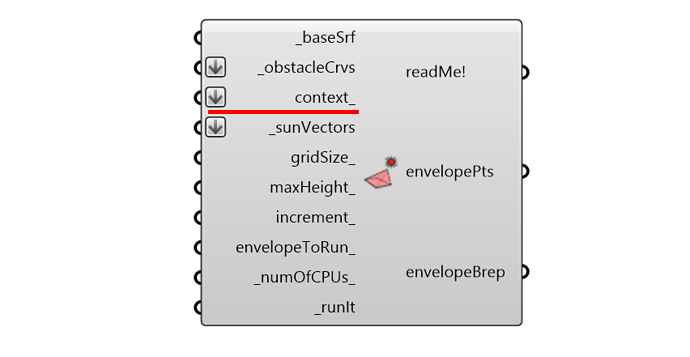 Ironbug HVAC Input Added to the Export to OpenStudio Component

Thanks to the efforts of @MingboPeng, the Ironbug plugin has blossomed into over 100 components with roughly one component for each and every piece of equipment within a HVAC system. This allows for a level of customization that we could not have supported within the Honeybee plugin alone and it now provides a much-appreciated alternative to using OpenStudio measures to automatically build and assign detailed, highly-customized HVAC systems. The installation of Ironbug is separate from that of Ladybug + Honeybee and can be done by following Mingbo’s installation instructions here but, in order to support a tighter integration between Honeybee and Ironbug, the “Honeybee_Export to OpenStudio” component in this release now supports an extra input for a HVAC system designed with Ironbug. 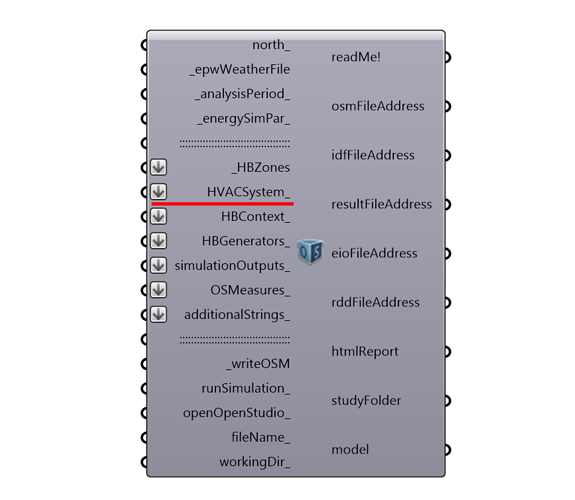 Thanks to some improvements by @Larry7707, the intersect masses component in this release runs a little more smoothly, easing the use of a component that we know has been a bottleneck in many scripts. It is also worth noting that Ironbug includes another improved version of this component that makes use of parallel processing for a faster calculation.

It took some trial and error but we can finally say with near certainty that the OpenStudio component is compatible with the latest two releases of OpenStudio (2.8 and 2.9). Previously, OpenStudio 2.5 was the recommended version but we can now finally move on to the later versions.

It admittedly took us longer to realize this than it should have but we realized that the previous implementation of infiltration as being per square meter of floor wasn’t nearly as accurate and intuitive as doing it per square meter of facade. Accordingly, the components that assign infiltration have been updated to use flow per facade area and the EnergyPlus/OpenStudio export components now use flow per facade area as well.

Over the course of the year, several minor bugs were fixed and, to briefly list them:

Happy New Year！！！
New version with fully improvement is pretty nice. Thanks for the developers of Ladybug Tools, you are awesome！！！

Thanks @chris and @mostapha (and the growing staff of inhouse developers).
2020 will bring us all great news!!
-A.

Thank you so much @chris and @mostapha! WIsh you all the very best for 2020 with a lot of joy!

Happy new year! Thanks the whole team of LB+HB+BU+DR developers for the great efforts and achievements. Allow me to digest the new developments piece by piece…

Dear @chris and @mostapha many thanks for the update!
Looking forward to the forthcoming Plus plugins release - please consider my availability to test new components for this release.
Wish you a great 2020!
Alberto

Thanks @chris and @mostapha one more time! Great to see these fixes and additions. Have a great 2020!