I am excited to write to you the introduction of a new member of Ladybug family: Ironbug. As many of you know that I have worked on a couple of components for Ladybug toolset in the past, and I have been working on bringing OpenStudio’s full HVAC modeling capability to the Grasshopper since the beginning of this year. In the meantime, I am also working on converting Ladybug [+] and Honeybee [+] Python core library to C# API to extend the Ladybug’s development ecosystem, and take advantages of C# language and tooling.

Ironbug is basically a group of tools that are written in C#. This project was called HoneybeeSharp when I first started the ReadAnnualResultsIII for Honeybee, and later changed to Ironbug when the ImageViewer was added. This year, a set of the HVAC components have been added to this group to broaden the current Honeybee energy modeling’s ability. 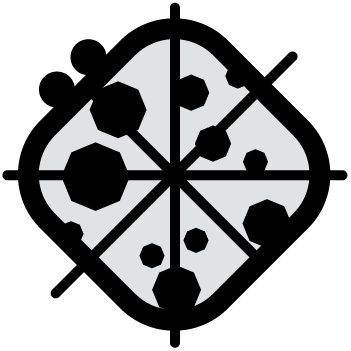 Here are general overviews of grasshopper components, and the rest of Ironbug:

Preview images directly in Grasshopper, and supports the HDR image (Radiance image) and other common image formats. The ImageViewer also allows you to generate an animated gif image when there are more than one image connected.

Sort and group the Rhino geometries based on its layer information. It is very useful when modeling a complex simulation scenario with several materials or zone types, etc.

The fundamental DotNet library for above plugins. This library includes the Ladybug [+] and Honeybee [+]’s C# API.

A standalone core HVAC library that can be shared between different platforms (Grasshopper, Dynamo)


3. Find the OpenStudio folder path on your computer, and set toggle to true to install.

4. Restart the Grasshopper, and enjoy!

Nicely done @MingboPeng! Thank you for sharing all your work.

@ Hi Mingbo Peng. You are doing a great work for all the Ladybug Tools users. Thanks for your Ironbug. I believe it will be a best plugin.

@MingboPeng Thank you for this great work!!!

great work @MingboPeng. would be good to see samples of how the dynamo side of Ironbug.HVAC could/would work.

@MingboPeng Thanks for all your hard work, and most importantly sharing it with the community!

would be good to see samples of how the dynamo side of Ironbug.HVAC could/would work.

Hi @schaggar92 , I don’t have any dynamo notes build yet. But it should be fairly easy to added them to dynamo as I have separated this standalone library. I don’t have any schedule to add Ironbug to dynamo yet, as Honeybee[+]'s energy portion is not available in dynamo.

Thanks a for all the amazing work!

Regarding the Image Viewer I’ve been remapping the RGB values to the legend to obtain the corresponding lux levels. any chance the component could issue the values directly?

How do you remap the RGB value to luminance value? did you do manually?

hi @MingboPeng
sorry for the late reply. indeed either I find the same color scale or I screenshot the one falsecolor uses and use imagemapper and input the bounds+remap values by depicting the values on the image, nothing precise here. When I get some time I’ll try to look inside falsecolor or DIva, I think they had a component for that.

Here is a quick hack to get luminance values (tested in Rhino 6):
GetLuminanceValues.gh (23.5 KB) 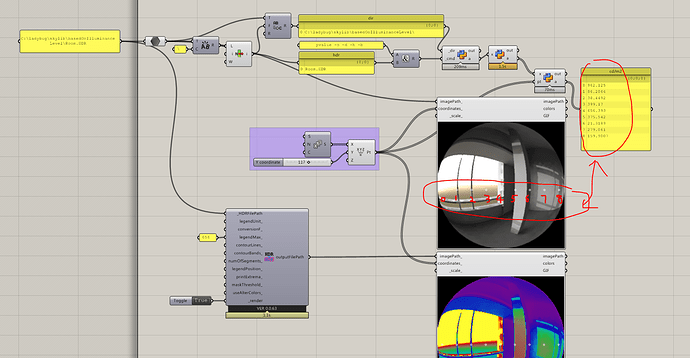 Looks really impressing.
How can I import all the HVAC components.
Where do i have to put all the C# files in order to get it working.
Till now only a few components show up when i follow the installation instructions.