We are happy to announce another stable release of Ladybug Tools (LBT) for Grasshopper (version 1.2.0)!

For people who already have the LBT 1.1.0 plugin installed, you can upgrade to version 1.2.0 just by updating your simulation engines to those in the compatibility matrix and running the second component in the installer.gh:

image1883×760 91.9 KB
Remember that you also need to run the “LB Sync Grasshopper File” component with any of your old Grasshopper definitions (created with version 1.1) in order to sync the components on the canvass with the new ones in your toolbar.

Alternatively, if you prefer to “wipe the slate clean” and do a fresh installation, this uninstaller.gh can be used to remove all traces of Ladybug Tools from your system.

Since version 1.1.0, we have made a lot of progress in terms of adding missing Legacy plugin features. There are still a number of features left to add but we are close and we have been prioritizing capabilities based on the feedback we get on this forum. So we thank everyone who has given us feedback and, particularly for the members of this forum who teach the Ladybug Tools, we hope that the current release will allow you to convert your course materials over to the new plugin. Since the last release, we have also fixed a lot of edge-case bugs thanks in large part to the reports of community members here on the forum. So a big thanks goes out to everyone who reported issues.

We knew that this was a priority for many of you and we are happy to say that the Psychrometric Chart has made it into version 1.2.0! Effectively all of the legacy psych chart features are supported, though the component has been split in two such that the plotting of the PMV + strategy polygons happens with a separate component from the drawing of the psychrometric chart. 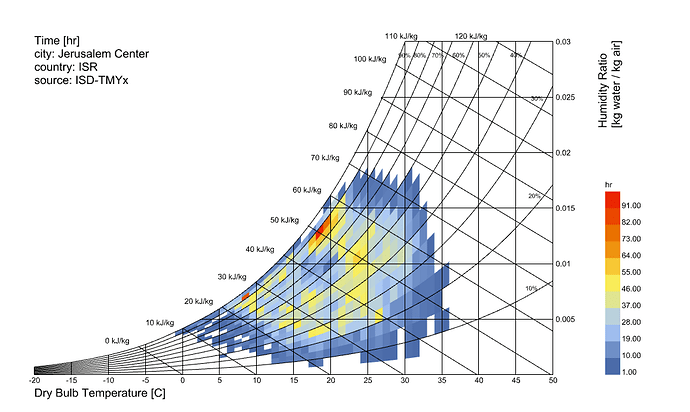 Many of you told us that these two components were another high priority and we are happy to say that they are in LBT 1.2.0 with effectively all of their Legacy features. 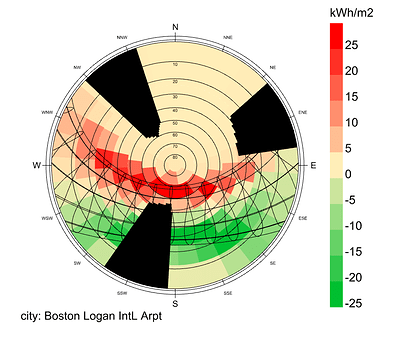 After several cases of using native Grasshopper components to convert the units of data collections, we finally added components to streamline the process. Notably, we added a component that lets you normalize any data collection by an area (LB ARea Normalize), converting units like kWh into kWh/m2. You can also easily convert rate-of-change metrics like W and m3/s to time-aggregated values (kWh and m3) and vice versa.

A simple search through our forum will show that modeling hot water usage has been one of the biggest requests over the past few years. This is not just because it’s an important factor of building energy use but because it can also have an influence on the thermal balance of an energy model’s rooms (albeit a small one for most programs). For these reasons, we are happy to say that version 1.2.0 supports the assignment of hot water loads and you can now get hot water energy usage out of honeybee energy simulation.

The “HB Annual Loads” component was in the last release but we wanted to highlight it here because we added several improvements that make it particularly useful for checking the assumptions assigned to energy models and for teaching people about these assumptions. At its core, the component executes a fast EnergyPlus simulation that is optimized for getting monthly heating, cooling, and internal loads.

The “HB Peak Loads” component follows a similar structure to the Annual Loads in that it runs a very fast, optimized EnergyPlus simulation. However, in this case, the output is the sensible peak cooling and heating loads on the summer and winter design days. These peak loads not only play an important role in determining the size and cost of heating/cooling equipment but they also tend to constrain how energy-efficient an HVAC can be used for a particular space. So we hope that many of you will use the new component to make strong cases for cost-effective, low-energy HVAC systems.

After several cases of waiting (sometimes over a minute) to parse energy use data of large models only to reduce all of this data to a single EUI value, we finally added a component that is dedicated to quickly importing EUI. The component is called “HB End Use Intensity” and you can find it under the HB-Energy Simulate tab.

As promised in the last release, we have been working towards migrating and improving the thermal mapping capabilities to the LBT plugin. We have a “first draft” of the components available in version 1.2.0. The component inputs have been streamlined such that the only required inputs are now a Honeybee Model and weather data. Furthermore, the components output values of Thermal Comfort Percent (TCP) or the percentage of occupied hours that meet a comfort standard:

The thermal mapping recipes aren’t the only recipe components that have gotten a makeover. The Honeybee-Radiance components now output results directly from the recipe component, saving the need for additional post-processing. The change not only means that your Grasshopper definitions can get a bit simpler but it also results in performance improvements by virtue of the fact that data doesn’t have to be loaded into Grasshopper in order to post process it. 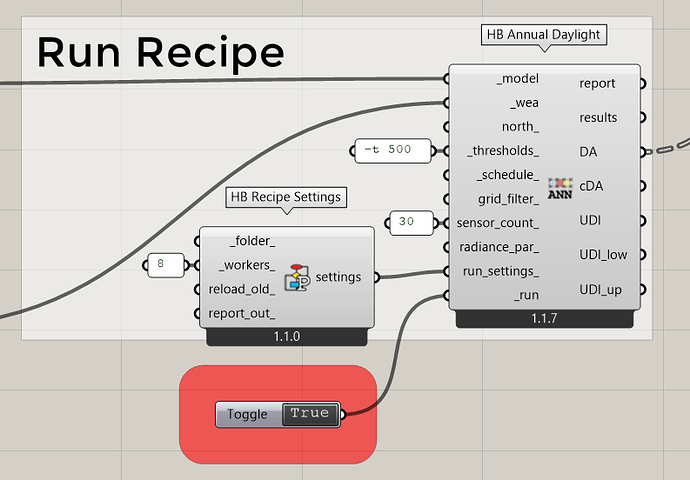 While we are aware that there are still many Radiance recipes left to implement, we are happy to say that there are two new ones in version 1.2.0. Specifically, there is now a “HB Annual Radiation” recipe, which runs similarly to the Annual Daylight recipe but will irradiance instead of illuminance. There is also a “Direct Sun Hours” recipe, which runs similarly to the “LB Direct Sun Hours” except, because it uses Radiance, the size of the calculation can scale much better for large models than the Ladybug component can.

Because several types of daylight compliance calculations require sensor grid cells to be of a consistent size, we have added a quad_only_ option to all of the components that produce sensor grids and corresponding meshes. The method is effectively the same as what is in this thesis document and it ensures that all mesh cells occupy the same area.

The Dragonfly “Visualize” tab has gotten a few new components with this release that should save you from having to translate the Dragonfly model to Honeybee just to check the model assumptions. Notable among these is a “DF Color Room2D Attributes” component that can produce visuals like the following:

As we said in the release notes of version 1.0, we have been working towards integrating the Urban Weather Generator (UWG) connection into LBT Dragonfly. We are happy to say that the connection is complete and you can now run any Dragonfly model through the UWG to morph rural/airport EPWs to account for the Urban Heat Island effect in the street canyon. 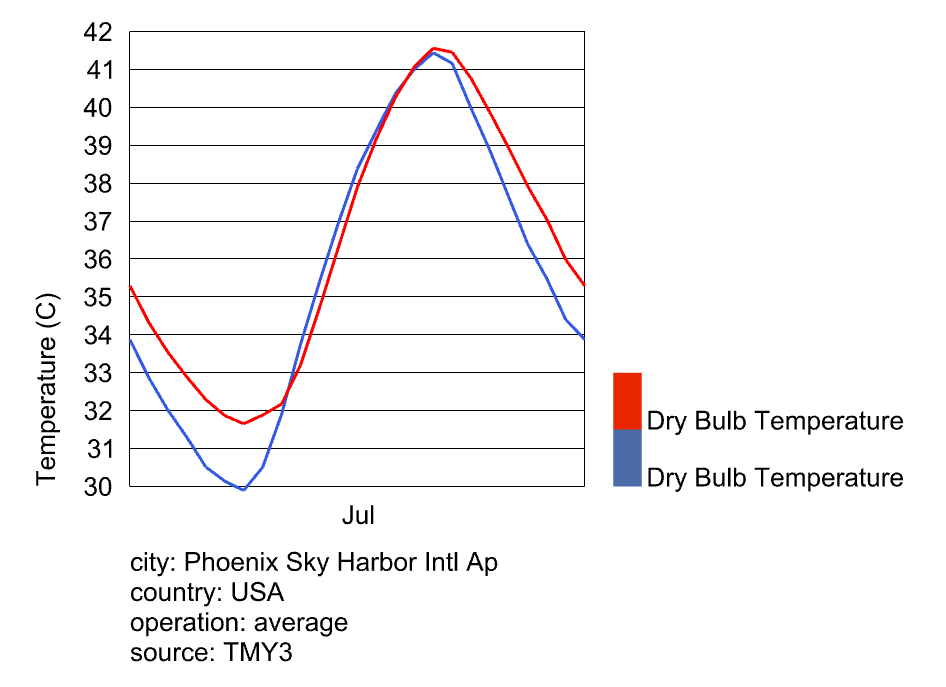 As part of the connection to the URBANopt SDK for the simulation of district-scale energy models, we are happy to announce that dragonfly-generated energy results can now be used as input for two further types of analyses related to district electrification and grid-planning. The first is the REopt Lite application, which can perform life cycle cost-optimization of photovoltaics and other renewable energy technologies. There is a dedicated Dragonfly component for sending URBANopt-generated results to the REopt API and parsing back the optimized results for visualization with the Ladybug components:

More Radiance Recipes - Now that the core structure of the recipes has settled, we aim to flesh out all of the critical Radiance recipes by the next release, including image-based and glare studies, point-in-time illuminance studies, and cumulative radiation studies.

More Ladybug Visuals - We are still missing important ladybug visualizations such as radiation-related graphics, the adaptive comfort chart, and analyses like shade benefit. We hope to get these in for the next release.

Additional Energy Features - We are currently missing a few important energy simulation features like simple daylight sensors and more issues that can be seen on the honeybee-energy Github. We hope to work our way further down this list before the next release.

These are wonderful news.
Thank you very much you @mostapha , @chris and the whole LBT development team.
You are enabling a big community to achieve a lot of goals, and maybe more important, to ask and answer questions.
Thanks again,
-A.

Inspiring millions!
Thank you @mostapha @chris and the LBT team for this upgraded tool. You all rock !

Thanks to the LadyBug Tools team for their work!

Thanks @chris @mostapha and the team!

I just updated my Ladybug 1.1 with the versioner component and it worked perfectly. Just fyi that it might also be an option instead of running it through the installer?

Yes, it’s an option, @nach , but people upgrading from version 1.1.0 will have to run the “LB Versioner” twice (restarting Rhino in between runs) because the versioner component has, itself, been updated.

Wonderful! I am waiting for the indoor thermal comfort part for a long time. Many thanks!

Is there a way for the “update file” component from Legacy to work for HB 1.2.0?

There’s a new component in the LBT plugin that does the same thing as that Legacy component. It’s called “LB Sync Grasshopper File” and you can see that I mention it at the top of the release notes.

Hi, @chris
I see, I missed a lot) is the Therm not available any more?

We’ll eventually get to THERM in the LBT plugin but it’s not as high of a priority because of the reasons I mention here:

Should I be teaching Legacy Tools or LBT V1? ladybug-tools

I just wanted to add that our priority is to get renewables integrated into EnergyPlus/OpenStudio simulations and these should effectively give access to everything that you could do with the Ladybug Renewables tab but with a larger feature set like modeling battery storage. The only thing that has really been holding me back from re-implementing the THERM connection is that THERM is Windows-only and it’s not open source. So we realistically won’t be running THERM on Pollination even if the pl…

Thanks for the Great job ladybug team!

A post was split to a new topic: Question about the new peak loads component

A post was split to a new topic: How do I include date information in my image-based Radiance studies?

Thanks for all you do, great work on the new release.

A post was split to a new topic: When will ASE be supported in Ladybug Tools 1.2.0?

Thank you @chris, @mostapha, and team for all the great continued work! I’m a long-term user and LB/HB advocate at my large firm. Love to see the phsych chart, the EUI, and the radiance updates included.

It doesn’t look like onsite PV generation is yet on the near-term re-inclusion feature list. I’m in the middle of simulating PV generation now for a project and wishing it was simpler than working through some legacy builds of LB/HB and OS / E+ (especially at my large firm, every install I need IT with admin privileges to help install any programs).