It’s that time again when we are happy to announce another release of the Ladybug Tools (LBT) for Grasshopper (version 1.4.0)!

For people who already have an older LBT plugin installed, the Food4Rhino download for version 1.4.0 includes an uninstaller.gh file that can be used to completely uninstall your old version before installing the new version. While uninstalling isn’t a requirement, it is recommended to ensure everything about your installation is up-to-date. And don’t forget to update to the latest compatible version of OpenStuido and Radiance listed in the compatibility matrix.

Since the last release, we’ve fixed a substantial number of issues and bugs thanks mostly to the members of this community running larger simulations than ever before, delving deeper into the results, and running the software in a variety of configurations. A big thanks is owed to anyone who reported issues. Because of your efforts, version 1.4 is now more reliable and robust than ever before!

Now onto the exciting part of all the new features included in version 1.4.

Back by popular demand from the Legacy plugin, there is now a component in LBT 1.4 to bake the colored meshes that form the basis of most of the ladybug graphics into Rhino hatches. This is particularly useful for those wishing to export ladybug graphics to other vector-based programs like Adobe Illustrator, Affinity Designer, or Inkscape. 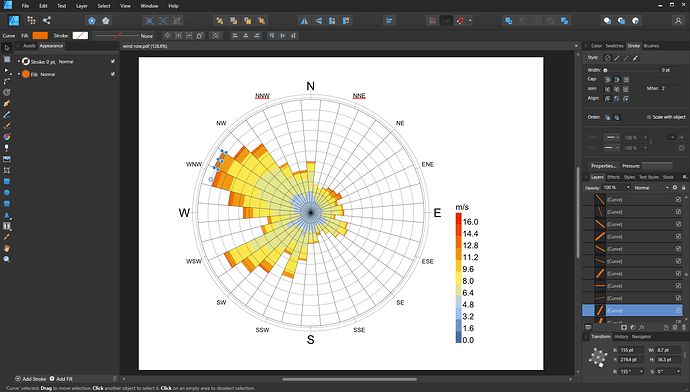 Another Legacy component making a comeback is the “Set Rhino Sun.” The component is particularly useful in cases where you don’t need the precision of a direct sun study and you just want a quick general picture of where shadows are as you scroll through the hours of the sun path.

After it became clear that many workflows could benefit from the ability to write data collections to files and load them back in other scripts, we’re happy to say that LBT 1.4 includes Dump Data and Load Data components exactly for this purpose. By default, all of the data collections that you plug in to the component are written into a single CSV file, which is not only a smaller file size than most other options but is also more human-readable and import-able to spreadsheet programs for analysis outside Grasshopper.

While we usually wouldn’t devote a whole release note for an incremental improvement of an existing component, this one was cool enough that we felt the need to have one. The methods under the hood of the Monthly Chart have been improved such that data now stacks on both the positive and negative axes of the chart. This allows for the construction of graphics like hourly energy balances, where terms that can change from positive to negative with the seasons will display on the correct side of the chart.

Better Parallelization Without the Need for Sensor Count

In LBT 1.4, we continued to improve the parallelization of all Radiance simulations by implementing methods to evenly distribute the sensors between the available processors. This replaces the older parallelization method that relied on people specifying a _sensor_count_ for how to subdivide the model grids. While the performance improvement of this change is different depending on the type of model, we found that these new parallelization methods reduced simulation time by about ~25% for typical models containing a few rooms. Perhaps more importantly, modelers no longer have to question whether they supplied the best _sensor_count_ for their simulations since we can now all rest assured that the best subdivision of sensors is happening under the hood.

Thanks to the efforts of @mikkel, the LBT 1.4 release includes a nifty component that can extract individual HDR views from spherical angular fisheye Radiance renderings. 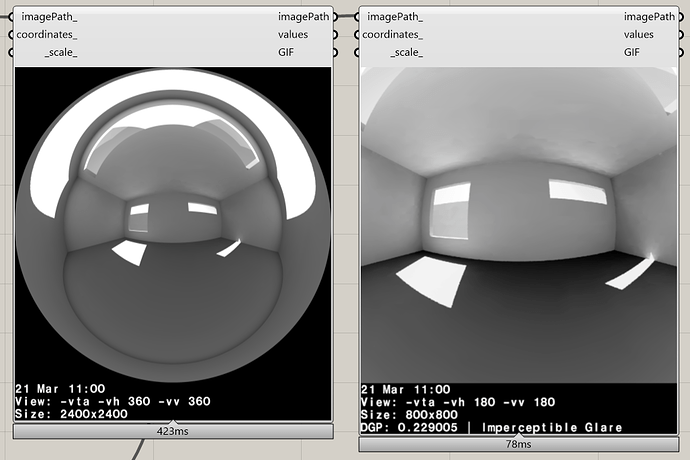 If you’ve modeled enough buildings, you’ve probably encountered equipment that doesn’t fit neatly into the “electric” or “gas” per-floor-area categories used by Honeybee. Whether it’s a wood burning fireplace, an industrial autoclave, or a piece of manufacturing equipment, certain processes can present challenges about how to model them. It is for this reason that we’ve added a dedicated Process Load component in LBT 1.4.

While the last two stable releases allowed you to simulate heating demand for service hot water, it was not possible to model the equipment supplying this heat or get the electricity or fuel it consumes. That has changed with the 1.4 release, which has introduced several detailed SHW system templates that can be applied to rooms to meet their hot water load. Both traditional fuel-burning systems and newer heat pump and on-demand systems are available, allowing you to compare the energy savings of different heating technologies. 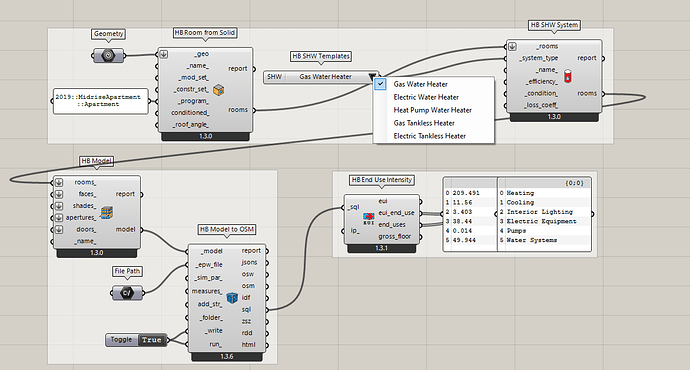 In addition to the R-Values and U-Values that could be visualized previously, you can now visualize the construction Thickness [m], Density [kg/m2], Heat Capacity [kg/K-m2], Solar Reflectance, Solar Transmittance, and (perhaps most importantly) Solar Heat Gain Coefficient (SHGC). The last attribute is computed using a steady state heat balance method similar to LBNL WINDOW but the properties better reflect how EnergyPlus interprets the window material properties.

Thanks to some recent improvements, each of the detailed HVAC templates can now be translated to an equivalent Ideal Air System. This means that essentially any Honeybee Room can now be used with the Annual Loads and Peak Loads component, regardless of the assigned system.

While the inputs and outputs of the comfort mapping components have not changed much since the last release, there has been a massive refactor of the methods under the hood of all comfort maps. With the new changes, it is clear that the comfort mapping recipes of the LBT plugin represent a massive improvement over their Legacy counterpart, most notably because the LBT comfort maps model shortwave solar reflections as well as radiant heat exchange across air boundaries.

For people who are looking to make use of the powerful OpenStudio SDK to edit the details of their energy model, the learning curve just got significantly shallower. We have added a module that allows you to load and edit OSM models using the OpenStudio SDK right inside GHPython components, which enables you to bypass all of the Ruby environment setup and other challenges of setting up an OpenStudio Measure.

Many of us running large urban energy simulations with Dragonfly have been appreciative of the fact that whole building stories can be simulated with multipliers, cutting down the simulation time of urban districts to a small fraction of what they would be otherwise. However, there have also been requests at the other end of the spectrum, where people want to run production-level simulations that include the maximum detail. For those seeking the latter, you will be happy to know that two new features allow you to model even more detail.

Additional Energy Features - We are currently missing a few important energy simulation features like radiant HVAC, photovoltaics and more issues that can be seen on the honeybee-energy Github. We hope to work our way further down this list before the next release.

Awesome work guys! Keep it up

So great news!!!
We can’t thank enough all your, team, efforts!!
Keep them coming.
-A.

I may have found a bug when try to define AirBoundary to HB Face Type, if anybody is interested to have a look at:

Hi everyone it seems that adding AirBoundary to HB Face type blocks Open Studio to run and throw the following error: “1. Solution exception:Failed to run OpenStudio CLI: undefined method `[]’ for nil:NilClass” I attached a shoebox model, in case you wanna check it. airBoundaryIssue.gh (38.5 KB) 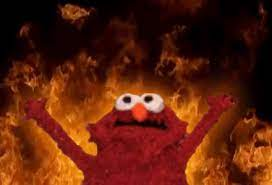 Regarding the comfort mapping tool - is there any example files for this with LBT?

its great… thank you very mush for your endless effort @chris

Congratulations! Huge and much appreciated work as always guys!

These are some amazing updates. I am very excited.

Great work! Love the improvement in parallelization of Radiance simulations!